'It's good business': billionaire doctor Shamsheer Vayalil on giving half his fortune to charity 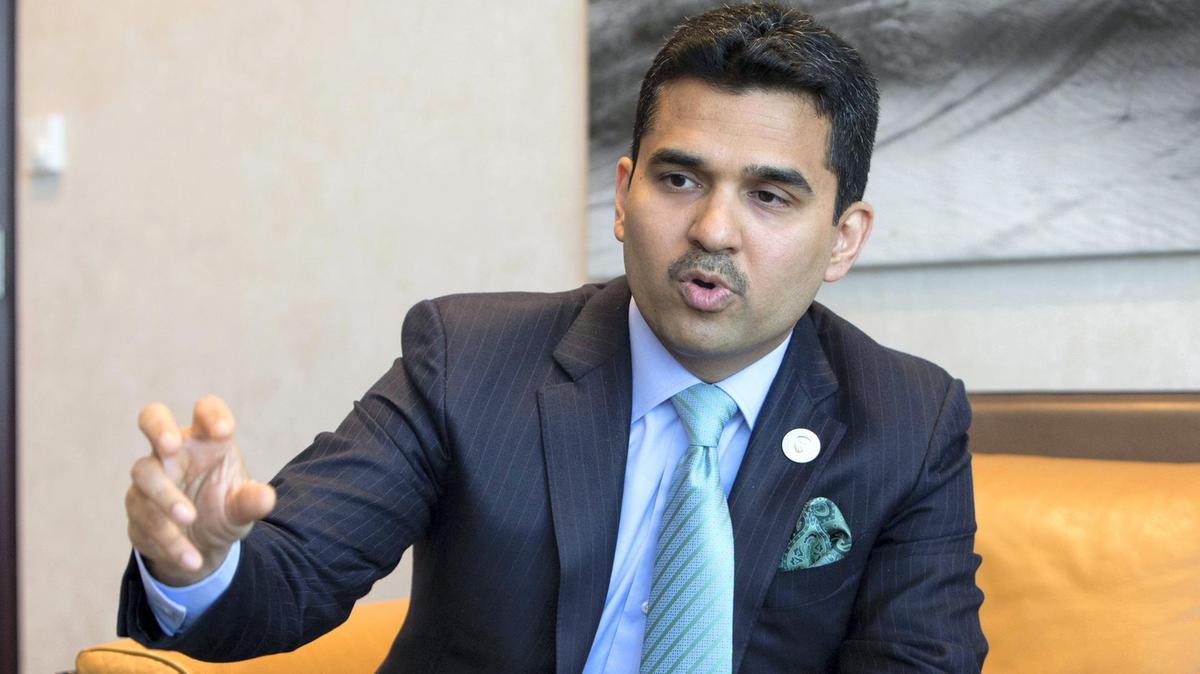 What would inspire one of the world’s wealthiest men to, on his 41st birthday, donate half of his $1.5 billion fortune to charity?

Speaking to The National, founder and managing director of VPS Healthcare, Dr Shamsheer Vayalil says he has always had a burning desire to “do more”.

“I’ve been wanting to do something and I have always believed that doing something good is good business as well.

“And being in the UAE, you get to meet with leaders who believe in giving so you always feel that you need to do something more,” he said.

This “something more” was to join the list of thirteen of the world’s wealthiest people that have pledged half their wealth to charitable causes.

Dr Vayalil joined The Giving Pledge, an initiative created by Microsoft founder Bill Gates, his wife Melinda and business magnate Warren Buffett in 2010 to support good causes around the world.

“This being the Year of Zayed and on my 41st birthday, I said to myself, let me do the pledge. It was something that happened spontaneously.

“I had met Bill a couple of times and I was sure that I can learn a lot and be part of an organised philanthropic group.

“I also always enjoyed innovation and felt that this group can do a lot to impact the lives of people and so it happened,” he said simply.

Dr Vayalil began his medical career as a radiologist at Sheikh Khalifa Medical City in Abu Dhabi. In less than a decade he established an integrated health care group with 20 hospitals, more than 100 medical centres, pharmaceutical manufacturing and other health care support services across the Middle East, Europe and India.

He has also established his own charity organisation but has yet to release the details of its work.

“It is still in its initial stages. We want to do things in a more organised way and make sure that we work with like-minded people. We have focus areas and want to maintain that and join with others.

“Health care is at our core and education is something we love to associate with,” he said.

Yet it is clear that Dr Shamsheer will use the focus and drive that he has used to establish an international health care network to run his philanthropic initiatives.

“The first challenge is how to do things in an organised way because we feel that we are not doing it as efficiently as it can be done.”

Focus and organisation are very important to the young entrepreneur who sees that many initiatives are being "duplicated".

“There is even some competition along the line. Which is absurd,” he said.

“Organised philanthropy is critical. People who decide to donate, come together and decide which areas they would like to impact and look at the outcomes. The ability to change lives is something that we should all decide to.

“The majority of people who do charity have good intent but the means to this charity isn’t transparent or accessible to many people which is why it is important to work with credible organisations,” Dr Vayalil said.

He has previously worked with the Red Crescent Authority to treat hundreds of patients in conflict zones. Many were transported to VPS health care hospitals for treatment

“For us it is all about doing philanthropy in a joint format. We like to learn from others and we have our target areas where we believe we can help affect lives. Our main thing is to remain focused. We are very new in the field of philanthropy and now we are learning,” he said.

“We are excited about it. We do philanthropy with the same energy that we do our business. That makes it more sustainable and we believe that will bring about good results. Whenever we have done it in the past it had always been successful and we continue to try to impact as many lives as we can,” he said.

It should be like a Bollywood movie, he said during a panel that looked at how the new generation of entrepreneurs philanthropists are changing the face of giving.

"We want [philanthropy] to be like a Bollywood movie. We want the hero not to be killed, there’s some romance … it should be fun.”

The panel, held in May at the Milken Institute Global Conference, was titled Breakthroughs in Philanthropy: Game-Changers in Social Impact. The discussion featured Princess Ameerah Altaweel, Founder and Chairwoman, TIME Entertainment Holding; Peggy Marie Alford, Chief Financial Officer, The Chan Zuckerberg Initiative; along with Dr Vayalil and others.