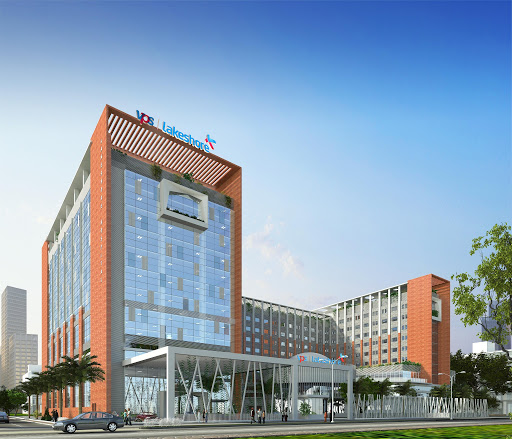 Kochi: Abu Dhabi-headquartered hospital chain VPS Healthcare, owned by radiologist-turned-entrepreneur Shamsheer Vayalil, son-in-law of India-born Middle East tycoon M A Yusuf Ali, is the latest to trigger consolidation moves in the domestic healthcare services sector. VPS, which has built $1-billion revenue operations in the United Arab Emirates (UAE) during the last decade, is in talks with Mumbai's Dr L H Hiranandani Hospital and New Delhi's Rockland Hospitals to acquire some of their units, people familiar with the matter said.

"We are in talks with RHL for acquisition of their three hospitals in New Delhi. We are also negotiating with L H Hiranandani for acquisition of one of their hospitals in Mumbai," said S K Abdulla, CEO of Lakeshore Hospital, Kochi, part of VPS Healthcare. When contacted, Vayalil, VPS chairman and MD, confirmed the negotiations without divulging details, as he builds a regional healthcare powerhouse, outside of Yusuf Ali's diversified conglomerate EMKE Lulu Group.

Of Hiranandani's three hospitals in Mumbai, VPS is interested in a project being developed in Thane. "It's a greenfield project with 200 beds and 4.36 lakh sq ft of space. People are talking to us while we are slowly building and VPS is one of them," said Dr Sujit Chatterjee, CEO, L H Hiranandani Hospitals. The Thane hospital is expected to be ready in the next one year.

Rockland has three operational hospitals — at Qutab, Dwarka an in Gurgaon — in the National Capital Region (NCR) with a planned capacity of 800 beds, though the number of operational beds is much lower.
Rockland founder-chairman Rajesh Srivastava passed away recently. An unnamed executive from his office said the information on deal-making with VPS was a "false rumour". Further attempts to contact senior management at Rockland didn't succeed over the weekend. International Finance Corporation (IFC) is an investor in Rockland, which had ambitions of building a multi-specialty healthcare corridor in NCR.
For its initial phase of acquisitions in India, VPS is spending Rs 1,000 crore and apart from the non-organic route, it is also developing a greenfield project for a hospital in Kozhikode in northern Kerala.
Founded in 2007, VPS Healthcare has grown to a network of 16 hospitals, 112 medical centres and clinics and 28 pharmacies. The flagship is Burjeel Hospital, the largest private tertiary care provider in Abu Dhabi. The group is also tapping pharmaceutical manufacturing by setting up a formulation facility for cancer drugs, vaccines and injectables in Abu Dhabi, to cater to the markets of the Middle East, Europe, the Americas and Japan.
India has 1.3 million hospital beds, translating into nine beds per 10,000 people, which is well below WHO standards. Government runs 6.5 lakh beds even as nursing homes and neighbourhood clinics manage 4.2 lakh beds. The standalone private hospitals have 1.8 lakh beds. The country's corporate hospital chains own only 60,000 beds leaving the industry ripe for consolidation, according to data from Mumbai-based consulting firm Arete Advisors.