India to amend law to implement voting rights of expatriates 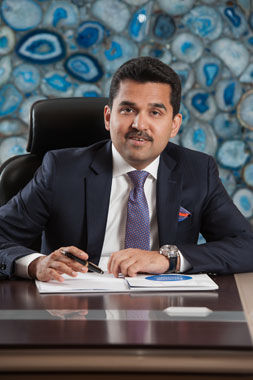 Abu Dhabi: The Indian Government told the country's Supreme Court on Friday that it would amend the existing electoral law to allow millions of Non-resident Indians (NRIs) living across the globe to vote from abroad in elections back home.

The court has given the government two weeks to inform the court how it would go about with the legal amendment.

According to a letter, a copy of which is with Gulf News, submitted by the government to the court, a team of ministers considered the matter in a meeting on Thursday, and decided that amendment to the Representation of People's Act, 1951 would be required by way of introducing a bill in parliament.

The Representation of People's Act, 1951, which governs elections in India, requires a voter to be present in his or her constituency to cast the vote and NRIs were not eligible to register as voters until that provision was amended in 2011. The 2011 amendment made by the previous Manmohan Singh Government enabled NRIs to vote if they are present in their constituency on the day of voting.

Attorney-general K.K. Venugopal, the top law officer of the government, told the court on Friday that there are nearly one million NRI voters across the globe and only 10,000 come to India for voting, an advocate who was present at the court told Gulf News on Friday. According to the Election Commission of India, only 24,348 NRIs have registered as voters.

"With the government's submission at the court on Friday, a further amendment to the Act would enable NRIs to vote from abroad through e-postal ballot as proposed by the Election Commission, which was already accepted in principle by the government," said advocate Haris Beeran, who is part of the legal team representing petitioner Dr Shamsheer Vayalil, an Abu Dhabi resident.

That the attorney-general himself appeared in the court shows the government's seriousness in the case, Beeran said. Last week, an additional solicitor-general, comparatively a junior level officer, appeared for the government.

Mukul Rohatgi, the former attorney-general, representing Dr Vayalil, argued for a committed time frame to effect the legal amendment, but the present attorney-general [Venugopal] sought time to take further instructions from the government, which was granted by the court, Beeran explained.

However, Chief Justice J.S. Khehar made it clear that the court was including the government's statement in the records, the advocate said.

Dr Vayalil said he was satisfied with the government's favourable decision after his almost three-and-a-half years of legal battle. The Supreme Court has also asked the government to give a road map ahead so that the NRI voting rights is implemented at the earliest. This implies that the court may monitor the implementation of the legal amendment, he said.

"I will make all efforts through this legal battle to ensure that the government introduce the bill for amendment in parliament at least during the winter session [in November this year], so that all steps are cleared for the NRIs to vote in 2019 parliament elections. Although, I fought this case on behalf of the 10 million NRIs, I took it as a private case engaging India's top lawyers such as Harish Salve, Mukul Rohatgi, Kapil Sibal, Dushyant Dave, and Prashant Bhushan. I will continue my legal fight to ensure that NRIs get their full rights," Dr Vayalil said.