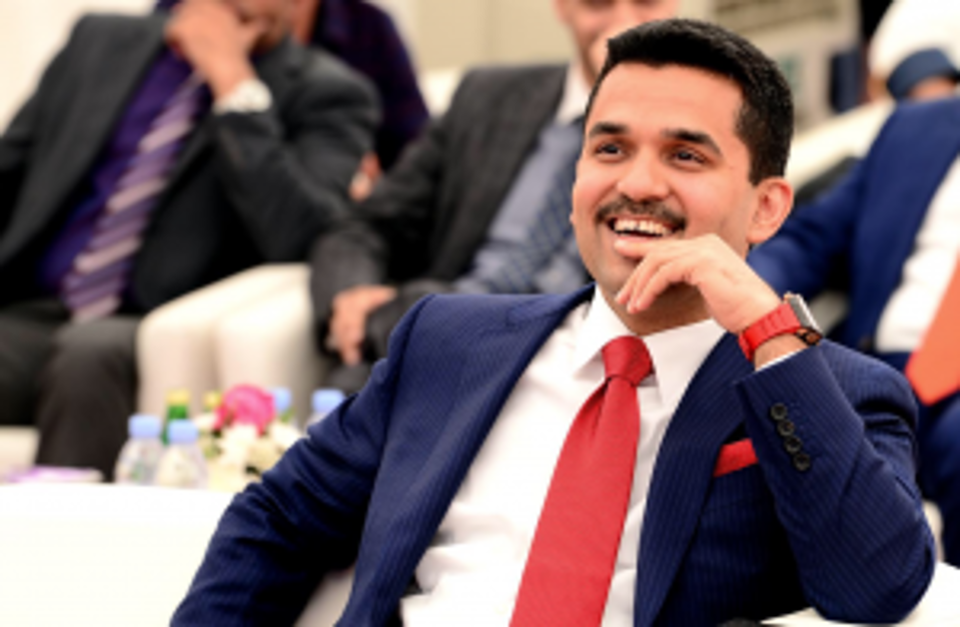 It was on January 11, his 41st birthday, that Shamsheer Vayalil got what he describes as "a sudden urge." That led to Vayalil, founder of VPS Healthcare, a network of hospitals, clinics and pharmacies headquartered in the UAE, to become the latest billionaire to join the Giving Pledge, along with his wife Shabeena. This global network of wealthy philanthropists now numbers 174 people from 22 countries.

In their pledge letter to Bill & Melinda Gates and Warren Buffett, who launched the initiative in 2010, the Vayalils say, "We have always believed that doing good is good business too. In a small way, this is our way of giving thanks for the opportunities and successes we have found throughout our lives."

The healthcare magnate, whose fortune is pegged at an estimated $1.7 billion, is the son-in law of Middle East retailing tycoon M.A. Yusuff Ali. (The patriarch is yet to sign the Pledge.) A decade ago, Vayalil gave up his job as a radiologist and backed initially by his successful father-in-law, started VPS with a single hospital. Today it has 22 hospitals, 125 medical centers and a pharma factory, among much else, spanning the UAE, India and Europe.

Vayalil says that he grew up in a family environment in his native Kerala, where doing charity was "an inherent part of the value system. My parents motivated me."

He notes that people tend to think that philanthropy is something that they can do later in life but he believes in an early start. Making it a way of life, he adds, would impart the right values to his four children. "I truly believe that the more you give the more you grow."

Vayalil is in the process of forming the VPS Foundation to better organize his philanthropic activities. These will be focused on providing healthcare and education to " those people who tend to be forgotten." Signing the pledge, Vayalil says, gives him the opportunity to learn from others in the network. He hopes that his promise to give away at least half his wealth will inspire other young entrepreneurs to follow suit.