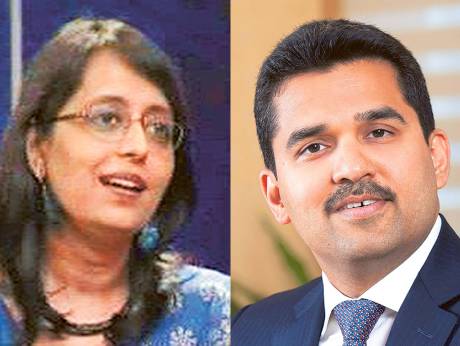 A recent high court order has given a shot in the arm to the NRI (Non-Resident Indians) Commission of Kerala that can start taking up non-resident Keralites' burning issues, an Abu Dhabi resident, who is an official member of the commission, told Gulf News.

A recent high court order has given a shot in the arm to the NRI (Non-Resident Indians) Commission of Kerala that can start taking up non-resident Keralites' burning issues, an Abu Dhabi resident, who is an official member of the commission, told Gulf News.

"In the next meeting of the commission, we will take up the long-term complaints from Keralites in the Gulf that Indian airlines have been charging exorbitant rates in the Kerala-Gulf sector," said Dr Shamsheer Vayalil, managing director of VPS Healthcare.

Dr Vayalil is one of the five members of the commission set up by the Kerala Government in April this year. Kerala became the second state after Punjab to have such a body to address all issues of non-residents, including fake recruitments as well as disputes over property, and investment. Kerala has a special NRI police cell.

However, the quasi-judicial commission has wider powers and non-resident complainants can engage a lawyer who will appear before the panel. Therefore the complainant need not waste his/her time, unlike when the police handle such cases.

Although the commission headed by a retired high court judge held its first meeting, there was no further progress in its functioning because of a change in state government after the election in May.

The Kerala High Court ordered the government of Kerala last week to provide all facilities and infrastructure to the commission in response to a petition filed by an NRI. A copy of the judgement, dated October 4, obtained by Gulf News read that the government sought one month to comply with the order.

A senior Kerala Government official told Gulf News on Monday that the government was committed to the full-fledged functioning of the commission. "As such as there was no delay [in starting the functions of the commission]," Dr Usha Titus, Secretary, Department of Non Resident Keralites Affairs (NORKA), said on phone from Thiruvananthapuram.

However, she said, the arrangements to be made for the commissions were affected by the transition of the government in the state. The new government has appointed a senior bureaucrat to assist the commission. "This will make a big difference," she said.

Dr Titus said a hall for the commission at its headquarters in Thiruvananthapuram was ready and the commission could furnish it according to its plans. The commission has the authority to decide the frequency and venue [anywhere in the state] of sittings, she said.

Two of the five members have not taken charge as they have crossed the age limit of 65 as stipulated by the relevant law but the government has not made any decision about new members to replace them, Dr Titus said.

Dr Vayalil, the only member from the UAE, said the absence of two members would not affect the functioning of the commission. "Three members are enough for a quorum. We would like to make it a proactive commission."

Asked about the possible action on airfare, he said the commission could take it up with all relevant government bodies to resolve the issue. "We will discuss all possible solutions and do the needful," Dr Vayalil said.